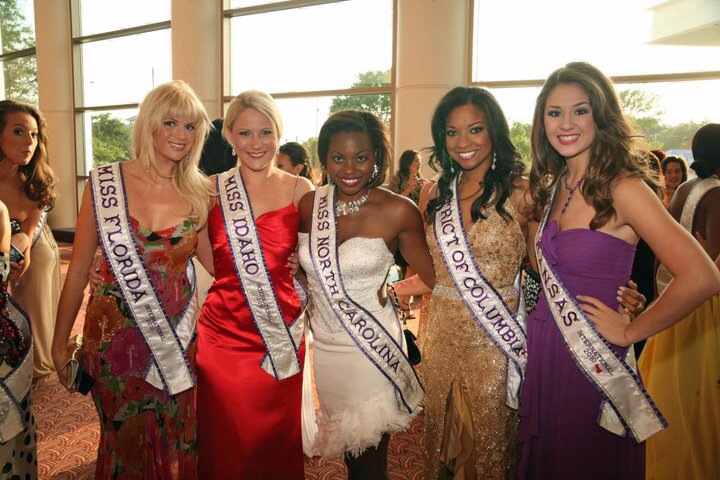 Little known fact… I was Miss North Carolina International. A little pageant trivia for you… there are thousands upon thousands of pageants around the world. The Miss USA and Miss America pageants are the most widely known pageants, and next to that the International and United States systems have gained international notoriety.

I started competing in pageants when I was 12 and won my first title at 14. Competing as a teenager and competing as an adult were two very different experiences. When I started competing as a pre-teen and teenager, the ideas of dieting and working out were foreign to me. I was one big ball of muscle, and I would walk on-stage fresh from the softball field or a cheerleading competition and rock it (much to a lot of competitors’ chagrin).

I took a break from competing in undergraduate until my senior year. There were A LOT of changes that took place when I started competing again. I was a college cheerleader, and quit after my junior year, I was diagnosed with PTSD, so my entire regimen now incorporated anti-anxiety and anti-depressant medications, and I was 21, and the elixir that is alcohol joined my life. Within a couple of months, my entire body composition changed, and I would gain at least 40lbs before the end of my senior year.

I grew up a very confident woman (thank you parents!), and it took a few competitions for me to realize, I could not just walk on-stage and compete with the “pageant girls” anymore. I had to make some physical changes. I made a lot of drastic changes on my way to becoming Miss North Carolina, and even more drastic changes when I represented North Carolina in the Miss International pageant. At one point, I subsisted on orange juice and tuna, and I was working out at least 2-3 hours per day every day. I had a goal, and I would do anything possible to reach that goal. I am assuming you all have heard of the term “hangry?” If you have not, allow me to describe it in Kristie Pageant Girl Terms below:

Definition of “pageant girl” hangry- When hunger and anger meet to become downright b*tchy outrage! Food is the cure, but food is not an option. Being an innocent bystander around this form of “hangry” is near impossible.

I did not realize I was reaching so hard for a goal of perfection, that my body was also shutting down in the process. I would go through bouts of fainting, mood swings and everything in between. After competing and placing 4th runner-up at the Miss International Pageant (Texas won… I know… I’m not shocked either… Texas always wins), I “retired” from the pageant world. Now, one thing I will always say about the pageant world is that it taught me irreplaceable skills in stage presence, public speaking, political knowledge and expertise, and treating others with dignity, kindness and respect.

As you can imagine, another very important thing I learned from the pageant world was the importance of a healthy body image. Flash forward almost 10 years later, and I am a National Body Image Facilitator for my sorority. I teach women what it means to be connected to the mind, body, and soul. The saying goes “don’t judge a book by its cover” or in my world “don’t judge a wine bottle by its label.” Well… let’s blow that saying right up! The only thing some people will ever see of you is your “cover” or your physical appearance. How you express and present yourself is far more important than the perfect outfit or ideal weight.

Your image is more than what you see in the mirror. Your image is what you feel in your heart, and who you connect with every single second of every single day. What image do you have of yourself? What is your “you go girl” or your “you go boy” mantra?  If you have never heard of this, allow me to share my personal example. I strive to do this at least once every day, but especially when I am having a pity party, my “you go girl” mantra is,

“There can never be another you. You have a story, a purpose and a message that only you can share. Don’t miss this opportunity to share it because you are caught up in your own sh*t. SHUT IT DOWN.”

Your mantra does not have to be that aggressive (I don’t always listen to myself, so sometimes I have to become a little more forceful), but it does need to speak to your inner demons, your inner insecurities, the thoughts that keep you from your success. My challenge for you right now is to create your own personal “you go girl/boy” mantra. Say it to yourself every day. In those moments when you cannot remember who you are and why you are here, use this mantra to remind you of your image and your purpose that ONLY YOU can fulfill.

You Can’t Control the Test

Fearlessly Made You Podcast – Episode 2! 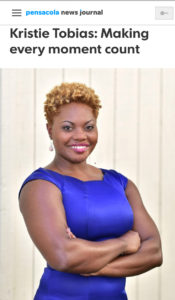